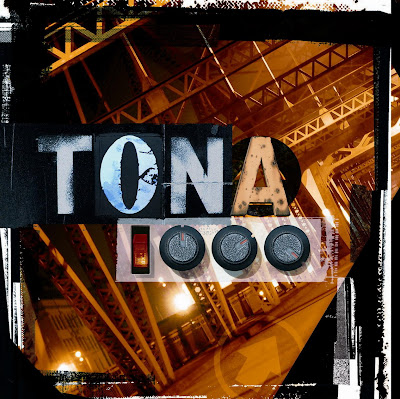 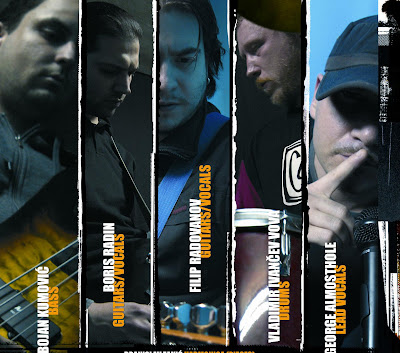 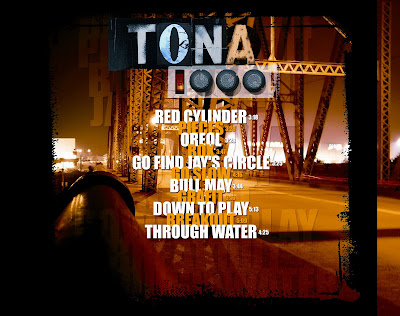 Oh my god, this is an absolute beast. TONA arrive in style with their first proper album, the accomplished production shifting it up a gear from their previous recordings. It’s quite clearly one of those that fits into the category of music that has to be played FUCKING LOUD to be properly appreciated. Just as Johann Cruyff pioneered the concept of total football, TONA are exponents of total rock. Every instrument attacks, with George’s vocals used rhythmically to intensify the hit. From the outset there’s a claustrophobic, machine-like quality to the music, making you feel you’re locked in for the duration. The opener “Red Cylinder” is a choking, Motorhead-inspired anthem, and the frantic pace continues with the bluesy, ZZ Top-esque “Pieces”. Some temporary relief comes in the first half of the slower, mournful sounding “Box”, still my favourite tune, before that too gives way to fist-smashing, Bitch Magnet style riffs.

Even when it slows down, however, such as in “Go Slow”, there’s no letup in the monstrous heaviness of the impact, in fact the effect is even heightened by the knowledge that another crushing blow is about to be delivered. You can tense yourself in anticipation, but you can’t escape from its relentlessly pounding, superhuman power. Elsewhere “Grafit” benefits from being sung in Serbian, possessing a greater ferocity than the previous English version, before the appropriately fluid dirge “Through Water” closes, perhaps mercifully devoid of the brute force of the rest of the album, reflecting the listener’s own feelings of being utterly drained from the experience, a soothing and strangely uplifting bandage on the wound. Nonetheless, by that time you’ve been well and truly battered.

Yes, of course it’s a macho thing (they’re Serbian, for fuck’s sake!), a slightly masochistic kick for those who love a bit of visceral aural punishment. And what kind of indie-pop wanker doesn’t? Highly recommended.
Ashley Davies
ENLACE / web / myspace / cómpralo! = buy this!

Posted with the permission of the band. Thanks for the contribution and keep rocking!
Por DandS a las 13:08