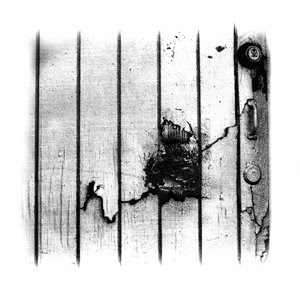 Always A Six, Never A Nine is the second album and the follow up to the 2006 self-titled debut from Portland, OR aggro wreckers Black Elk, whose psychotic brand of crushing, noise-rock influenced heaviosity is a return to the unhinged underground rock force of bands like Jesus Lizard, Melvins, Black Flag and Hammerhead. This new album features ten songs of seething weirdness, with the dissonant, crushing riffage, lunging rhythmic push and awesome freaked out, Yow-esque vocals of singer Tom Glose that made their debut a fave among anyone who remembered the days when Amphetamine Reptile ruled the underground rock scene, but with some interesting new elements (bleak, blackened guitar ambience, a smattering of piano, skyreaching guitar harmonies, etc.) that add new shadows to Black Elks ferocious sound.