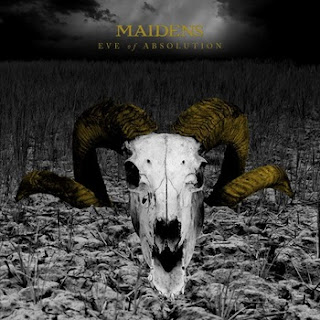 Inspired by relationships and interactions between man, civilization, and the natural world, Maidens is a 4-piece band often described by listeners as post-hardcore or post-metal. Since forming in 2008, it has been the band’s goal to organize themes of destruction, renewal, and growth into cohesive musical movements.

In 2010, they released their first EP, titled “Failures.” A more progressive and experimental production, Failures focused on melodic intricacies and expressive rhythms. In 2011, the band went back into the studio and recorded their second EP, titled “Shallows.” With their second musical release, Maidens conveyed a more focused, organic sound with elements of hardcore, metal, and shoe gaze. It is within this vein that the band continues to write new material and progress musically.

In early 2013, the band completed work on it's first full-length, "Eve of Absolution", which will be hitting shelves in March of the same year, out on Error Records.