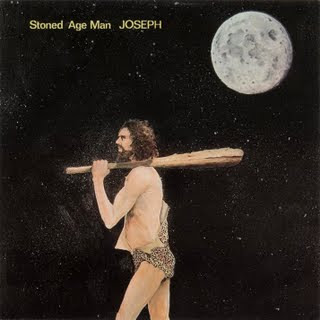 "This is a rare album indeed and much sought after, originally released on the Scepter label (SPS 574) in 1970 and recorded in Memphis at the legendary American Sound Studios. The 'Joseph' was in fact Joseph Long or Joseph Longeria, discovered by the album's producer and A & R man Steve Tyrell playing in Houston in a battle of the blues competition. This is the only known foray into recording that Longeria made and he was a superb guitar player to boot. Stoned Age Man contains some of weirdest lyrics ever written. Check out 'I Ain't Fattenin' No More Frogs for Snakes' and the eastern 'Cold Biscuits and Fish Heads.' This is an obscure classic that lovers of blues rock should not hesitate to have in their collection... the voice you may ask... well think Roky Erickson, Jim Dandy and Beefheart....you can't really go wrong can you????"
from Electric Mud
Por DandS a las 12:46